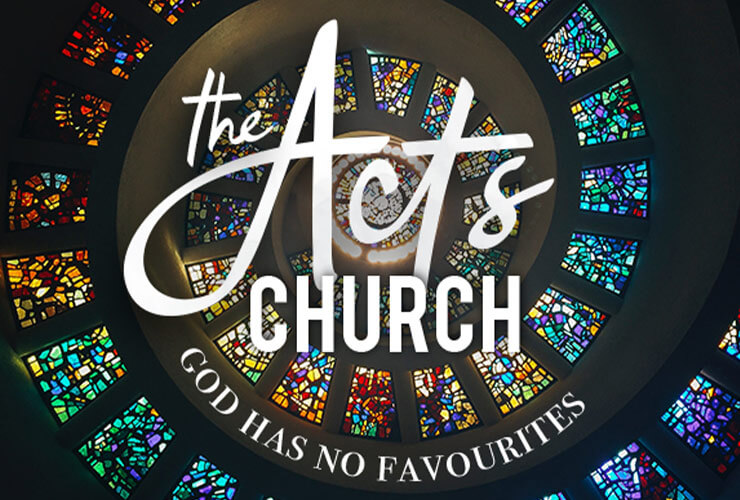 Behind all the historical differences among nations, we share one common ancestor. It is through Adam we all share common misery. Through the Gospel we can share liberation from that misery which crosses all boundaries in Christ who is the second Adam.

The Gentiles were once strangers from the commonwealth of Israel and without hope. Even though Israel had been given greater privileges because they were chosen to bring forth the Messiah, now through the Gospel any Gentile who has faith in Christ, is as much accepted as any privileged Jewish believer. We have been focusing for the last few months about being an Acts church.

Let us look at Acts 10. Peter is the one chosen to preach that God shows no favouritism. Even today, it is shocking how many divisions have occurred in the Christian church by people with a religious spirit set out to destroy the unity of the Spirit. In order to smash the current Jewish prejudicial thinking of that day, God had to use four master strokes. God will not allow partiality in His church.

The first stroke was when Peter fell into a trance and he saw a sheet coming out of heaven with all kinds of unclean animals. This had to be repeated three times, and Peter was still wondering what it meant.

The second blow to Peter’s prejudice was what the voice instructed him to do. His response was “Not so Lord”. The voice then rebuked Peter, “What God has cleansed you must not call common or unclean”.

The third surprise came when the messengers of Cornelius enquired whether Peter was living there, and they said, “is Simon who is called Peter lodging here? Peter and the group of Jewish believers then travelled with the messengers to Cornelius’ house in Caesarea.

The fourth master stroke was that while Peter was preaching, the Holy Spirit fell on the Gentile believers in an extraordinarily similar way to what had happened to the Jewish believers on the day of Pentecost. That broke all prejudice and Peter said, “Surely no one can stand in the way of their being baptized with water. They have received the Holy Spirit just as we have.”

The church that Jesus is building shows no discrimination or bias. We want to be an Acts church and call what God declares clean as clean and never play favourites.