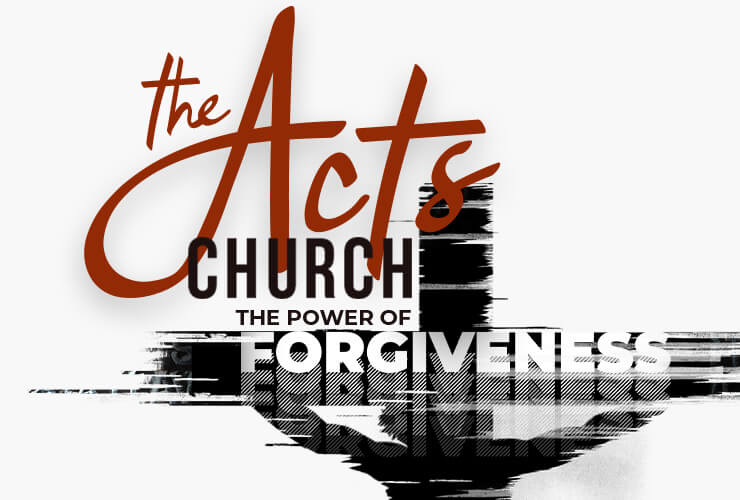 Our calling in Christ is to be His witnesses.

The Greek word for witness is martyr. When the infant church chose seven men that would represent Christ well and serve at tables, Stephen was first one mentioned. He was respected, full of the Holy Spirit and wisdom. In Acts 6:8 he is described as a man full of God’s grace and power, performing amazing miracles and signs among people.

One day, some men from the synagogue of freed slaves started to debate with him, but they became so infuriated by his answers, that they took him outside the city and began to stone him to death. In Acts 6:58, his accusers took off their coats and laid them at the feet of a young man named Saul who had been one of the witnesses who had agreed to kill Stephen.

As he was dying, Stephen uttered eight words that made all the difference: “Lord do not hold this sin against them”.

Forgiveness is the hallmark of the life of Jesus, and Stephen, His disciple, the first martyr, was so full of the Holy Spirit that he could pass on what he had received. The Christian life is born in the forgiveness that is received when we become part of His family.

"Forgiveness is the hallmark of the life of Jesus"

We actually have the power to bind people by our own refusal to forgive, our resentment is a bondage not just for us, but for them as well. It blocks the Holy Spirit from being able to work on their behalf. By saying “Lord Jesus do not hold this sin against them”, Stephen, that powerful Holy Spirit filled deacon, was doing exactly what Jesus did on the cross.

Our unwillingness to forgive makes shipwreck of our personal faith and causes severe spiritual consequences for our witness. Stephen’s forgiveness opened the door for Saul’s conversion. Only heartfelt forgiveness will help us to further the gospel of the Kingdom. Without the filling of the Holy Spirit, the church is bound to failure. As believers, we need to mirror the forgiveness that gave us life and pass it on to those who spitefully use us.

Stephen never saw Saul converted in this life, but he opened the way so that when the time was right God’s power, could overflow and change Saul to Paul.

God has put His precious gift of forgiveness into our hands, let us act by the power of His Spirit, and be an Acts church.