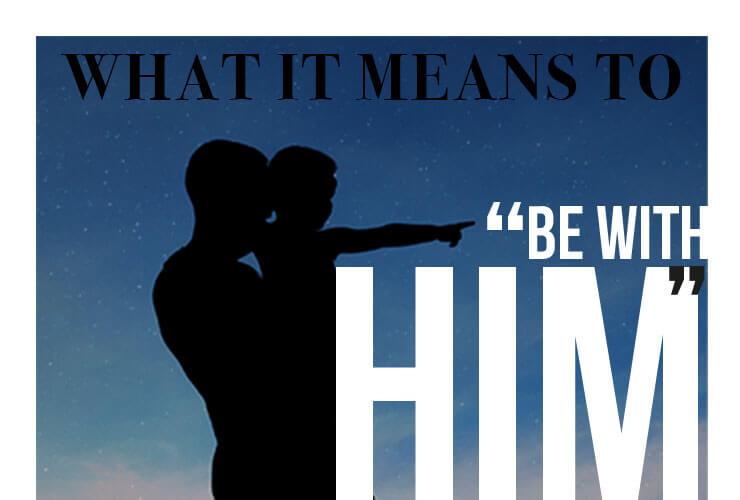 The call to be His disciples was not just to carry out the mission He had set for them. The first call as a disciple was to be in His presence, to be with Him. That was His foremost desire, not just workers that did His bidding. If you wanted to be His follower, you could not watch from a distance. Jesus was not looking for volunteers. He called them to leave the uncommitted crowd and take a stand with Him as His disciples.

The Lord Jesus clearly loved their companionship and we should seek His presence more and more. Not just by doing things for Him but being quiet in His presence like Mary who sat at His feet and listened to Him.

His disciples clearly displayed the fruit of their relationship with Him in Acts 4:13; “When they saw the courage of Peter and John and realized that they were unschooled ordinary men, they were astonished and they took note that these men had been with Jesus”.

What a powerful testimony. Peter and John faced fierce opposition from the Jewish authorities, but they could not deny the genuine miracle of the crippled man who was known to everyone. His disciples had been with Him, but also had touched Him after He had risen from the dead. They also saw His ascent into heaven. They could no longer be intimidated by opposition. Their previous misconceptions of Jesus had been smashed. He was not only the Word of God but the living Person, carrying out His mission on earth.

Those who come to Jesus must by their own decision accept the yoke He places on them. What Jesus is, He imparts. In intimacy with Him, we learn to be gentle and humble in spirit.