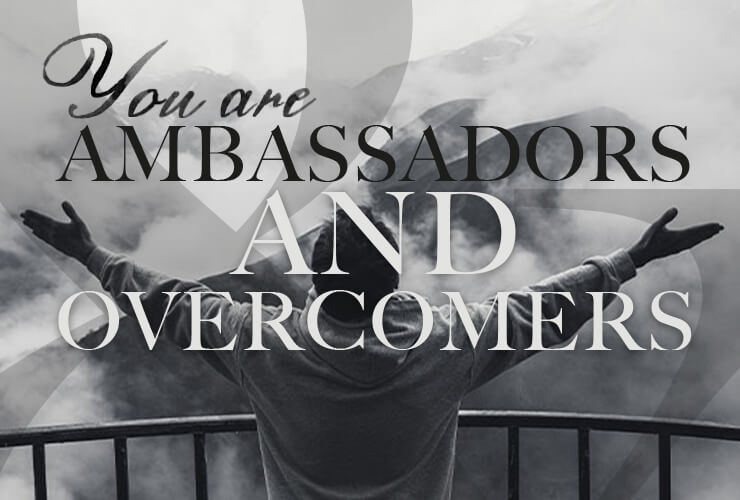 Jesus came to reveal the Father to us. The God of the Bible is completely different to all the gods of other religions. Our God is a an infinite, endless and limitless being and a personal God who made us in His own image. This invites man to have an intimate and close relationship with him.

He has given us new life in order that we complete His mission to make disciples of all nations. He gave himself for His bride that we will spend eternity with Him. 2 Corinthians 5:15 says, “He died for all, that those who live should no longer live for themselves but for him who died for them and was raised again”.

The Christian faith and life is not a solo act, we were designed to live with Him and with one another. The body of Christ is put on earth for the purpose of bringing many sons to glory. We are His ambassadors, made holy and clean and washed by the Word in order to display His divine character to a lost world.

We become salt and light if we are in unity with Him and we become a city on a hill that all may see His brightness. God’s power is given to build His Kingdom and not our own kingdoms. As ambassadors for Him we are empowered by His grace to minister and serve others, not ourselves.

With a greater revelation of the price paid on the cross, we will become more aware of His love and goodness and we will be faithful to the task He has set before us. Like Jesus, we need to constantly spend time with the Father to get His heart for those around us. “The thief comes only to steal and kill and destroy; I have come that they may have life and have it to the full” (John 10:10).

We need to call out to God like never before as Caleb did when he said, “give me this mountain”. We are overcomers when we face obstacles and opposition in the power of our resurrected Lord. He is the forerunner of our faith and when we look to Him, we have the victory.

Now is the time to do what conquerors do, be strong and very courageous, feed your faith on the Word and pray like never before. Our families, our community, our nation need to be touched by our amazing Saviour.

2 Corinthians 5:15 says,
He died for all, that those who live should no longer live for themselves but for him who died for them and was raised again.